Jeju: A Pivot for the Peace Culture 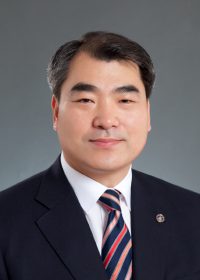 Unrelenting globalization, which started in the 1990s, lowered interstate barriers and eventually solidified global value chains (GVCs). The extended interstate network connotes a double-sided effect of reinforced interdependence and weaponized interdependence. To firmly sustain mutual cooperation resulting from the emerging network states, institutional support is required above anything else. This is because the world that ensures no institutionally binding safety device will head toward the paradox of weaponized interdependence. The colossal formula of linking peace on the Korean Peninsula to that of Northeast Asia, and ultimately to the peace of the world, presupposes interconnectedness and mutual cooperation among Northeast Asian states. However, if the structuralized order fails to be institutionalized, it will remain an asymmetrical mutual threat at all times. Setting aside Japan’s previous attempt to invade its Asian neighbors with the pretext of making the Greater East Asia Co-Prosperity Sphere, the current structural reality of the Korean Peninsula due to the U.S.-China disputes in Northeast Asia well reflects the aforementioned situation. Would Jeju, the “World Peace Island,” be able to stay free from the supposed asymmetrical mutual threat?

The year of 2020 marks the 15th anniversary of the Republic of Korea’s designation of Jeju Island as the “Island of World Peace.” Commonly described as an island of “Three Treasures and Three Charms,” Jeju has established a strong footing of its recognition of its affluent humanities resources and natural environment. What would be the grounds for Jeju’s status as an island free from structural violence working to realize peace, or the state of serenity? Fundamentally, Jeju’s status is the fruitful outcome of the solidarity and willpower of the local community members who have surmounted the structural violence they experienced and worked to build peace through their own exertions.

Jeju, the starting point of South Korea’s territorial boundary and a transitional zone of tension and peace

When placing the capital city of Seoul at the nation’s center, Jeju Island is located along the boundary of the Republic of Korea since it includes Ieodo, the southernmost tip of Korea’s territorial boundary. Scholarly, a “boundary” is a term that combines the concept of a “frontier” and that of a “border.”

A “frontier” refers to the front of an inland area, thus representing the starting point of a territory. Concurrently, it is a place of encounter without a clearly definition in geographical and cultural contexts. Therefore, a “frontier” can be interpreted as a transitional domain that is located between two politics or administrations featuring different levels of change, or between two cultures featuring different levels of diversity. It is construed that no politics exists or no direct physical contact occurs between a “frontier” and its hinterland. Historically, border area residents of countries such as the United States, Russia, and China have promoted their own interests, which often divert from their central or national governments, and feature a strength of being unbound to a particular domain. On the other hand, a “border” is a concept of a distinct political or administrative unit with a fixed demarcation line. Should anyone leave one state and enter another, that person is perceived to have crossed the “border,” a clear line drawn between political or administrative substances. A “border” is dynamic by nature, but conceptually it also includes a temporary cessation of political expansion once the demarcation line is fixed. A representative example is the Military Demarcation Line that divides South Korea and North Korea.

If a “frontier” is a transitional domain that manifests a centrifugal force, trying to stay farther from the center, a “border” is a closed, inner-oriented concept that reflects a centripetal force. As a “frontier,” Jeju Island is the entrance to the territory of the Republic of Korea as well as the exit of its boundary. Jeju also forms a part of the nation’s “border” and serves as the entrance to and the exit of the Republic of Korea, distinguishing its territorial domain from that of other countries. Hence, Jeju is a geopolitically crucial part of the South Korean territory where tension persists. The underwater reef of Ieodo is located in 149㎞ southwest from Marado, an islet belonging to the administrative district of Daejeong-eup, Jeju Special Self-Governing Province. Also, the rock issue of ‘Ieodo’ surrounding the South Korea and China and the tension is revealed on the tension and conflict with both countries in terms of the geopolitical significance.

Recently, the concept of a “borderland” has been frequently used so as to dive rt from intricate arguments. A “borderland” indicates a community or area that emerged as the function of modern inter-state borders explicitly changed. A “borderland” is to be a place of closure — a boundary of the adjacent social communities which sectioned with obstacles or lines — and a place of openness — a boundary of potential for mutual existence between the adjacent societies. Concurrently, it is where the identity of an actor is revealed due to the permanent existence of others; thus, it functions as a mirroring boundary for an actor and others. Bradley J. Parker defined “borderlands” as “regions around or between political or cultural entities where geographic, political, demographic, cultural, and economic circumstances or processes may interact to create borders or frontiers.” In this sense, Jeju Island is a borderland that connects South Korea and other countries, and a transitional area where different cultures mutually exist. Therefore, Jeju Island is a space of peace where openness and mutual existence can be sustained.

Jeju, a symbol for peace and human rights and a significant actor on public diplomacy

The trend of globalization, which drove the appearance of a “global-risk” society, often makes it unclear to distinguish domestic issues from international ones. Global warming and nuclear weapons are issues that a single state may face, but also have attributes of global issues. Pandemics, such as COVID-19, are another representative example. The issue involving migrants to megacities, caused by the rapid movement into the globalized era, is not easy for a single city, or the state the city belongs to, to address. The population and economic capital in such megacities as New York or London already feature denationalization in terms of composition. These cities retain independent attributes that are difficult to be unitized into their governing states, thus having to solve their own issues that are distinguished from those of the states.

Residents of Jeju, the “the Peace Island,” embraced their experience of Jeju 4․3 and their suppression by structural violence during the Cold War as their painful memory of modern Korean history. Jeju community members did not “otherize” such a historic experience by confining it to their own memory concerning a specific area. Rather, they overcame the atrocious experience with the spirit of reconciliation and mutual understanding and embraced it with the greater values of peace and human rights. This is the power of Jeju, the “the Peace Island.” And that power turned the island into a symbolic site for not only inter-Korean ministerial talks but summits between key states as well as international conferences on peace. The new, multilayered diplomatic environment in the 21st century requires more than the public diplomacy at the national government level. Under these circumstances, Jeju now heralds its growth as a new actor in the era of public diplomacy. Diplomacy is complicated and created by diverse state or non-state actors. Clearly, there exists room for independent roles of local governments, such as Jeju, and the expansion of such room is a newly emerging feature of modern diplomacy.

Now is the time that Jeju should establish its own soft power strategy based on the experience of its community and the identity of its culture. This is the task of realizing a new value that a ‘small town boy from Seoul’ should learn, not the task for a ‘peripheral, small town of Jeju.’ A representative case is that Jeju province has recently proposed “peace of energy.” To lead the proposal, the authentic culture of Jeju and the unique experiences of its people should be revisited.

To this end, first, Jeju is required to develop and distribute pivotal content that symbolizes its identity. From the perspective of renewal, it is necessary for Jeju to rediscover its innate historical and cultural assets in tangible and intangible forms. At the same time, it should lay the cornerstone for an affluent reproduction of cultural content through sustainable management and conservation. Second, Jeju needs to divert from the structure of commercialism and developmentalism that damages the natural landscape, and of quantity-driven tourism that is represented by monetary values. Most importantly, it should avoid the existing politics- and administration-led management and development, creating an environment that encourages citizens to exert creativity through voluntary engagement and solidarity. The top priority in this context is to achieve decentralization and autonomy within the communal space of Jeju. Third, the administrative authorities of Jeju province should make an effort on a mutual consultation to achieve on the networking among relevant elements. It will be possible when the system for flexible and diverse administrative support is prepared for the sustainable management of the networking.

Recently, in the massive shift era, it is a profound task that most actors in various ranges of public sectors have to perform and prepare for the uncertain future. The centrality and identity of Jeju, not as an isolated island but as a symbolic space with a centripetal force for the culture of peace, will be able to exert its centrifugal force as a space for global peace.

Hyeong Soo Kim is a Professor of Public Administration at Dankook University and the president of the Korean Association of Northeast Asia Studies. His research interests are culture administration, cultural policy, and Northeast Asian cultural community. He has written, among others, Tasks and Prospects of Inter-Korean Cooperation and Exchange 2.0 in Korea Local Government (2018) and Developing a Model for Development Cooperation Project in South-North Border Region (2019).